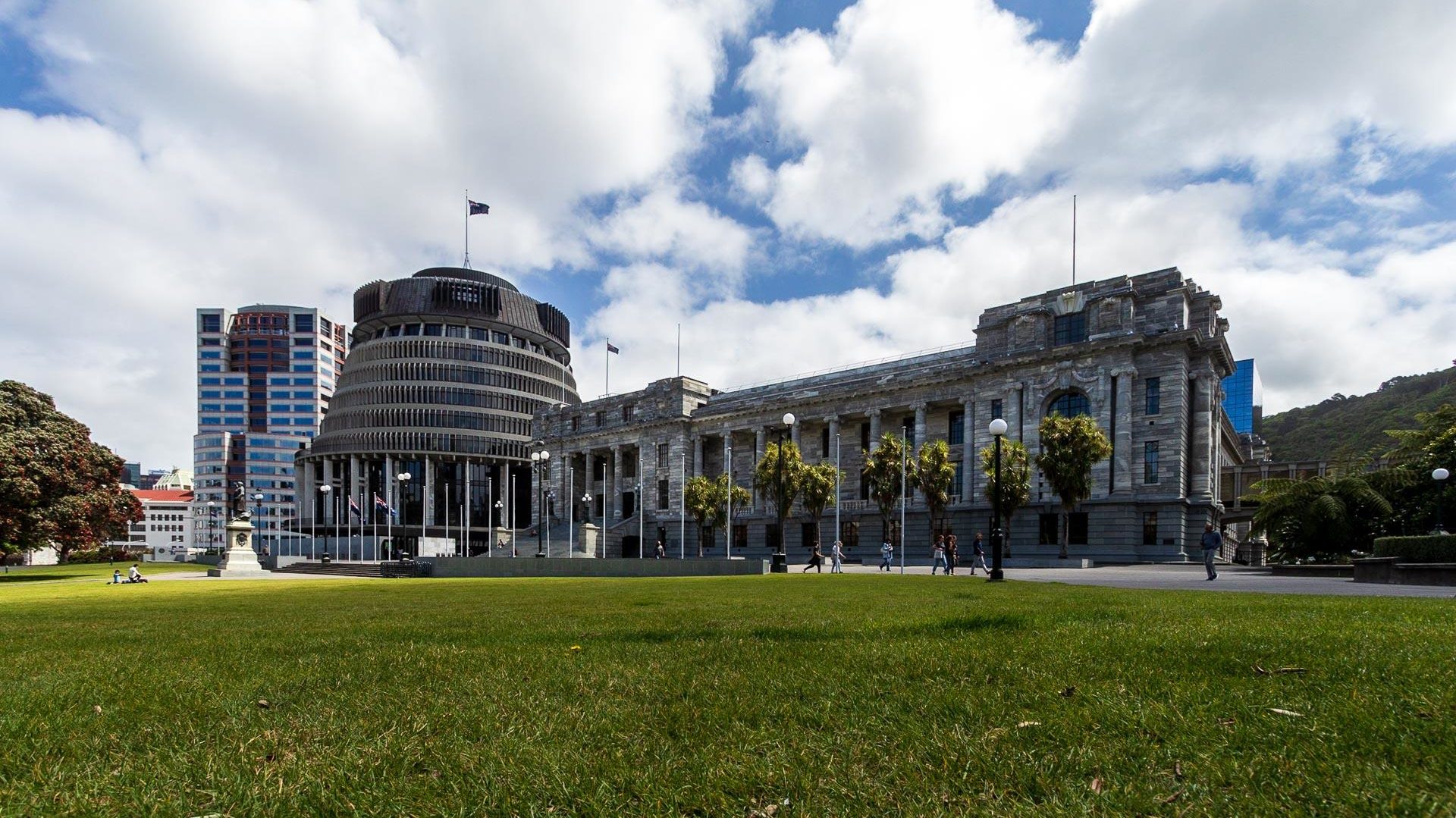 Explore Wellington in One Day

We visited Wellington during out New Zealand and Australia cruise.  The Cruise Ship Dock is located about 15 minutes away from the downtown Wellington in the port area.  The cruise ship shuttle bus had two stops - one near Beehive and one at the Te Papa museum.  We chose to go to the Te Papa Museum first as it is a must see attraction.  The Museum is situation on the bank of the Wellington Harbour.

Te Papa Tongarewa literally means "container of treasures" and lots of treasures it does contain.  The museum consists of 5 floors of fascinating displays and an observation deck on 6th level with stunning views of the harbor.  The exhibits were engaging, interactive and well laid out.  It is a must when visiting Wellington and is well worth the time. 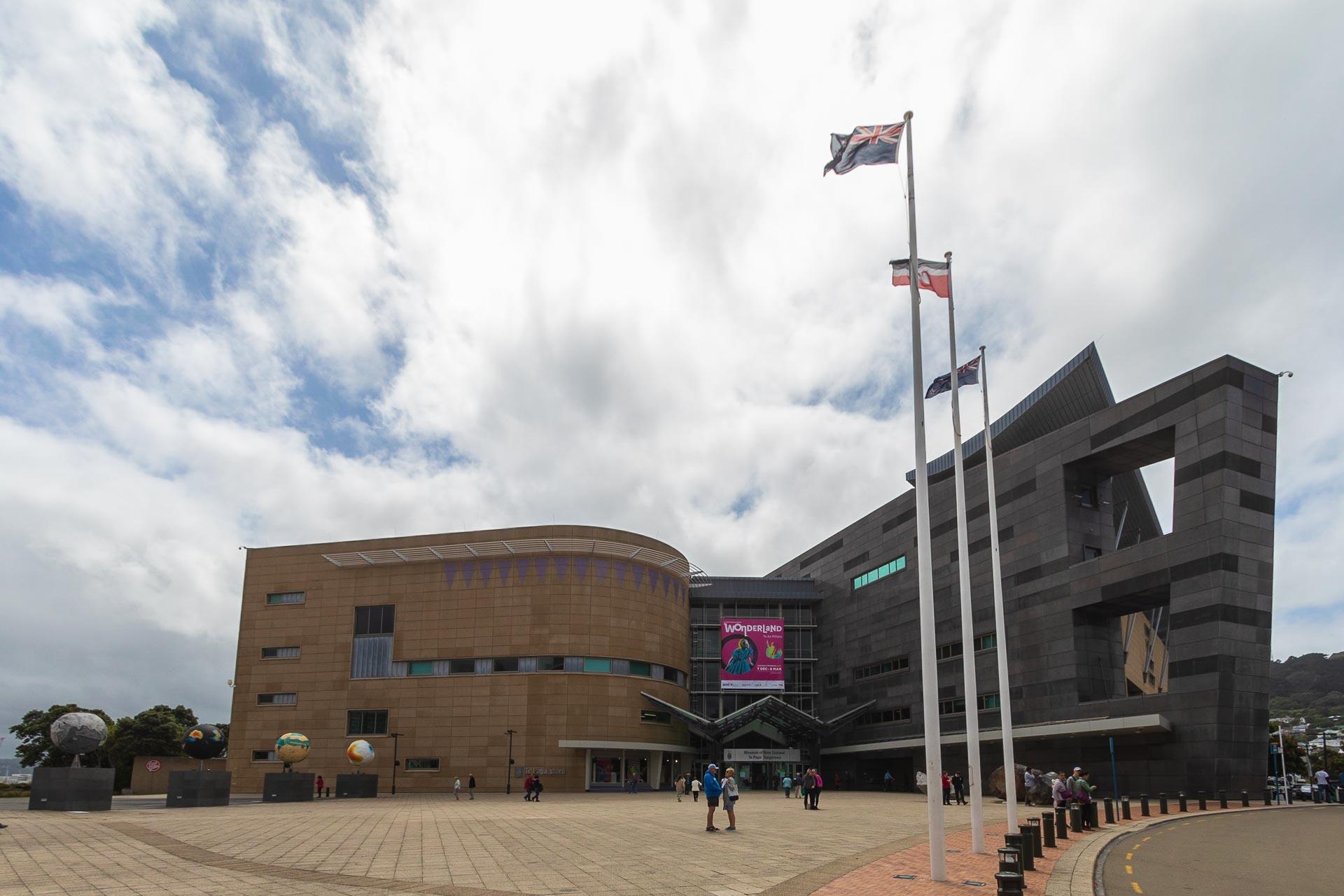 After Exploring the museum it was time for original fish and chips.  We chose Mt. Vic Chippery and it was worth a slight diversion off our tour route.   The Chippery uses all locally sourced ingredients, the fish is fresh and the batter is light  and fluffy (can choose from beer batter, panko crumbed, tempura batter, gluten-free batter, or grilled.  We ordered beer battered snapper with hand cut agria chips and onion rings with a side of  home made tartar sauce.  They have many other option on their menu as well. 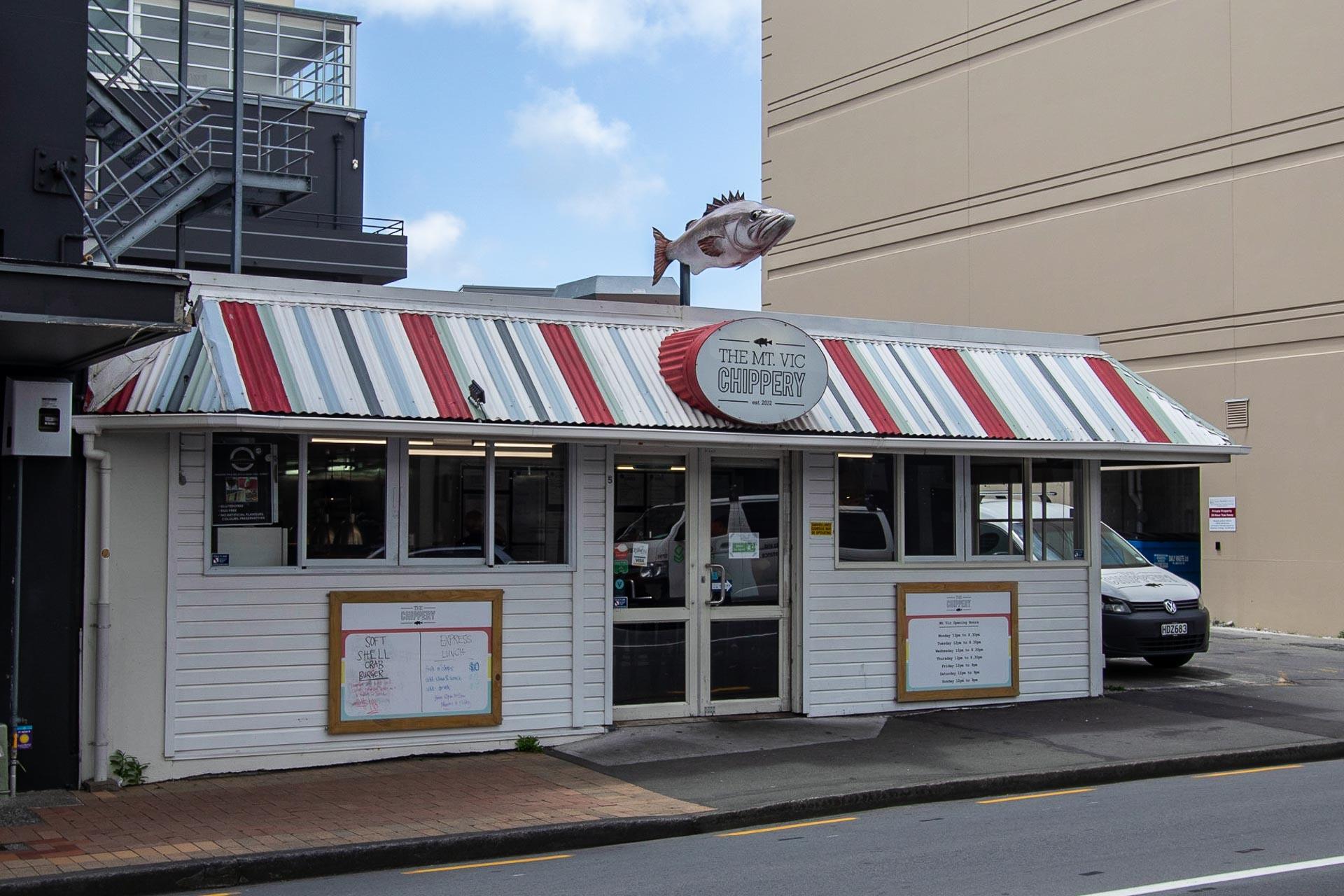 Riding Wellington Cable Car to the Top of the City

After lunch we headed over to Wellington Cable car station.  The Wellington Cable Car is a funicular railway in Wellington, New Zealand, that was build in 1902.  It connects Lambton Quay, the main shopping street, and Kelburn, a suburb in the hills overlooking the central city, rising 120 m over a length of 612 m.  A quick and fun ride (about 5 minutes) to the top of the hill with a nice lookout perched high above the city.   From there it ha easy access to the Botanic Garden, Cable Car Museum, Space Place (at Carter Observatory) and Zealandia (via free shuttle).  I would recommend this route as walking through the garden toward the city center was all downhill - it is about 2 km walk. 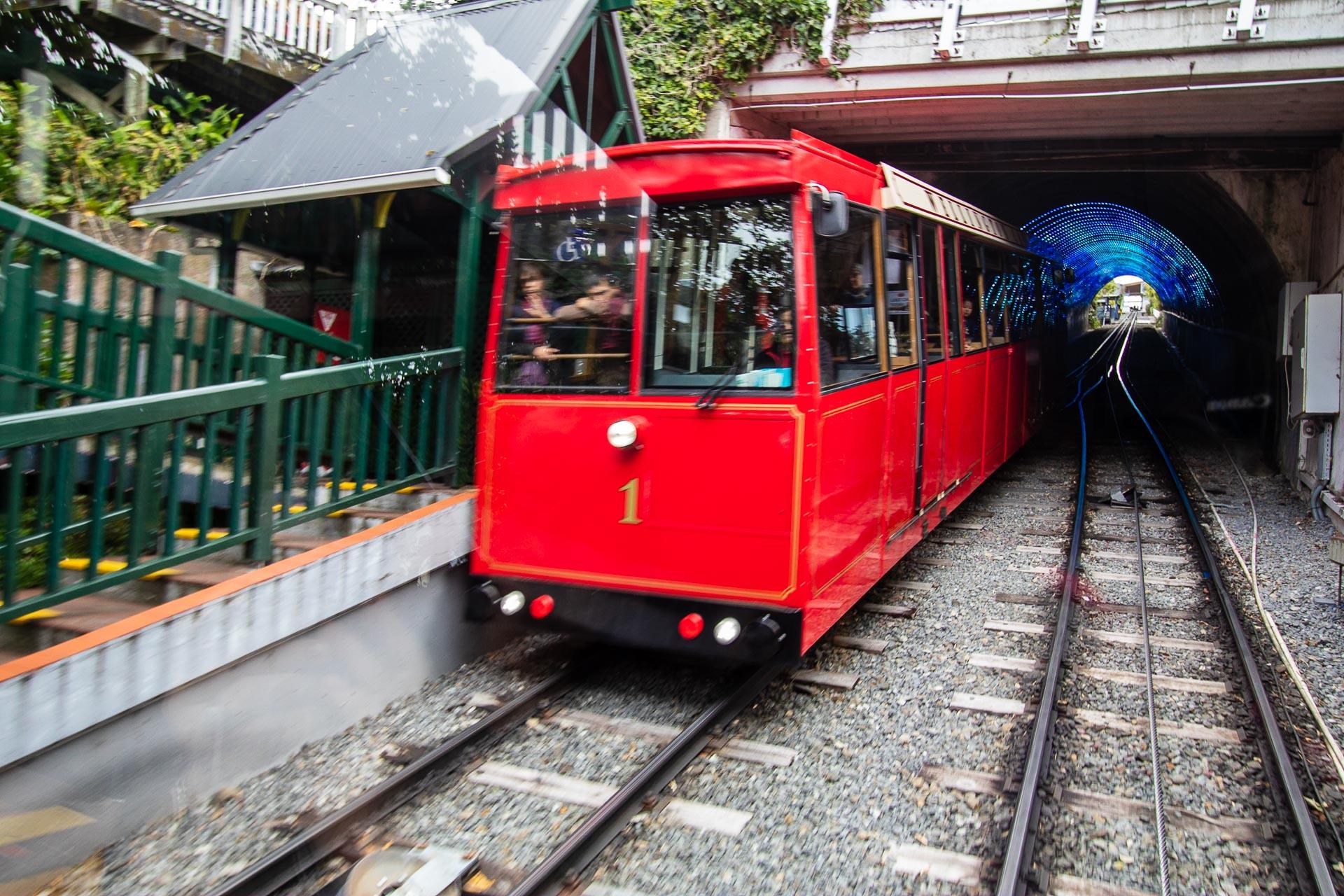 Situated on 25 hectares, the Botanic Garden was established in 1868  and is one of the oldest botanic gardens in New Zealand.  It was originally used to import different species of plants to evaluate them for potential use in the new colony.  It is unique landscape and a mix of native forest, exotic trees and seasonal annual displays.  There are several key attractions in the garden such as glow worms in the Main Garden, public art throughout the garden, children’s play area, Botanic Garden Café located in the Lady Norwood Rose Garden and the Carter Observatory. The information centre is located in the spectacular Tree House and nearby there is a rock garden, an extensive fern collection and a camellia walk. There are extensive, well-maintained, walking paths throughout the garden. 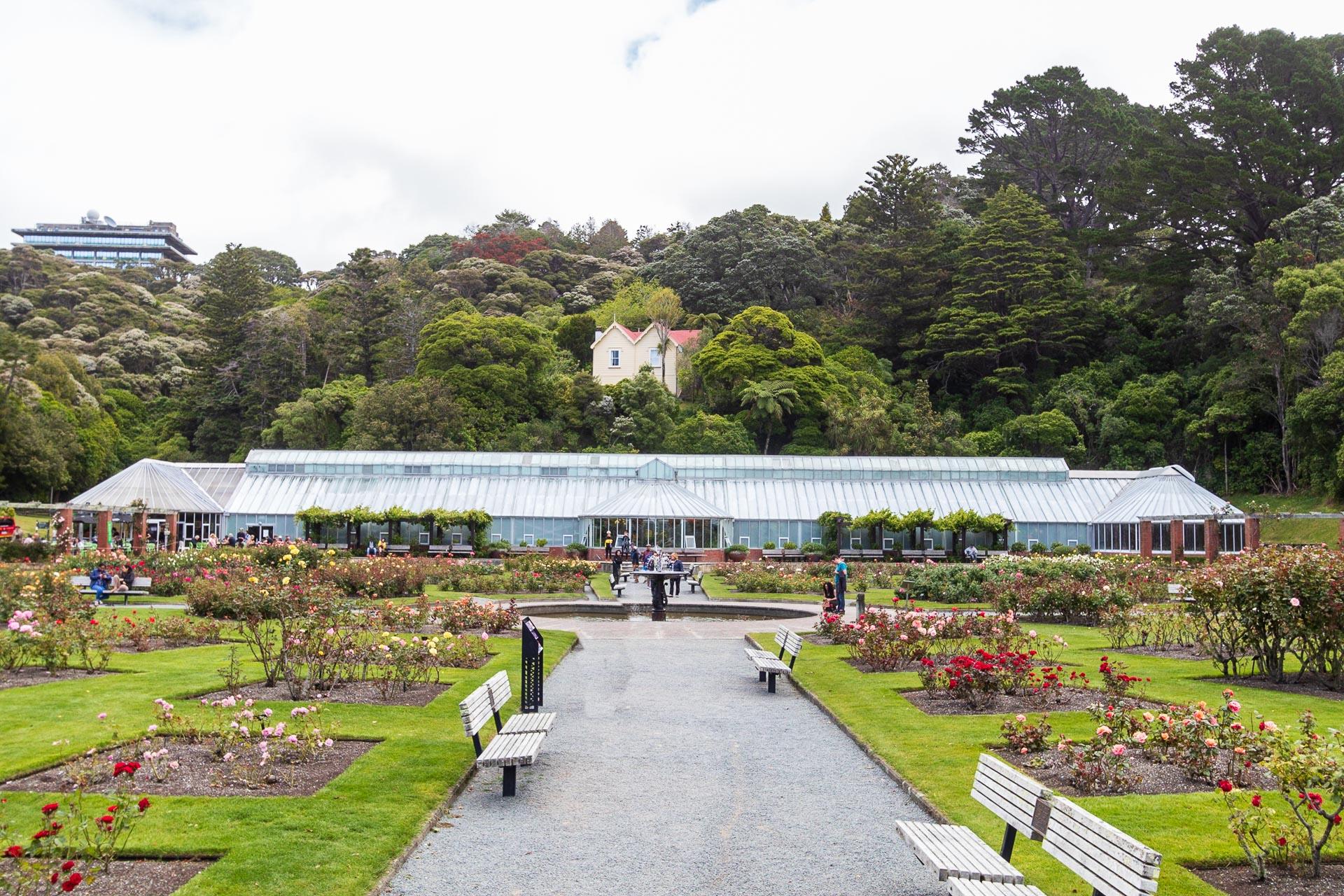 On the way to city, we passed through the Bolton Street Memorial Park or Bolton Street Cemetery.  It was operated as three separate cemeteries based on religious denomination - Church of England, Jewish and Roman Catholic - and it the oldest cemetery in Wellington.  In 1960, the City Council's urban plan established a need for a motorway, and the cemetery is now speared by freeway with an overhead foot bridge.  When the motorway was built during 1968-1971, 3700 burials were exhumed and relocated, which cause quite a bit of controversy at the time. 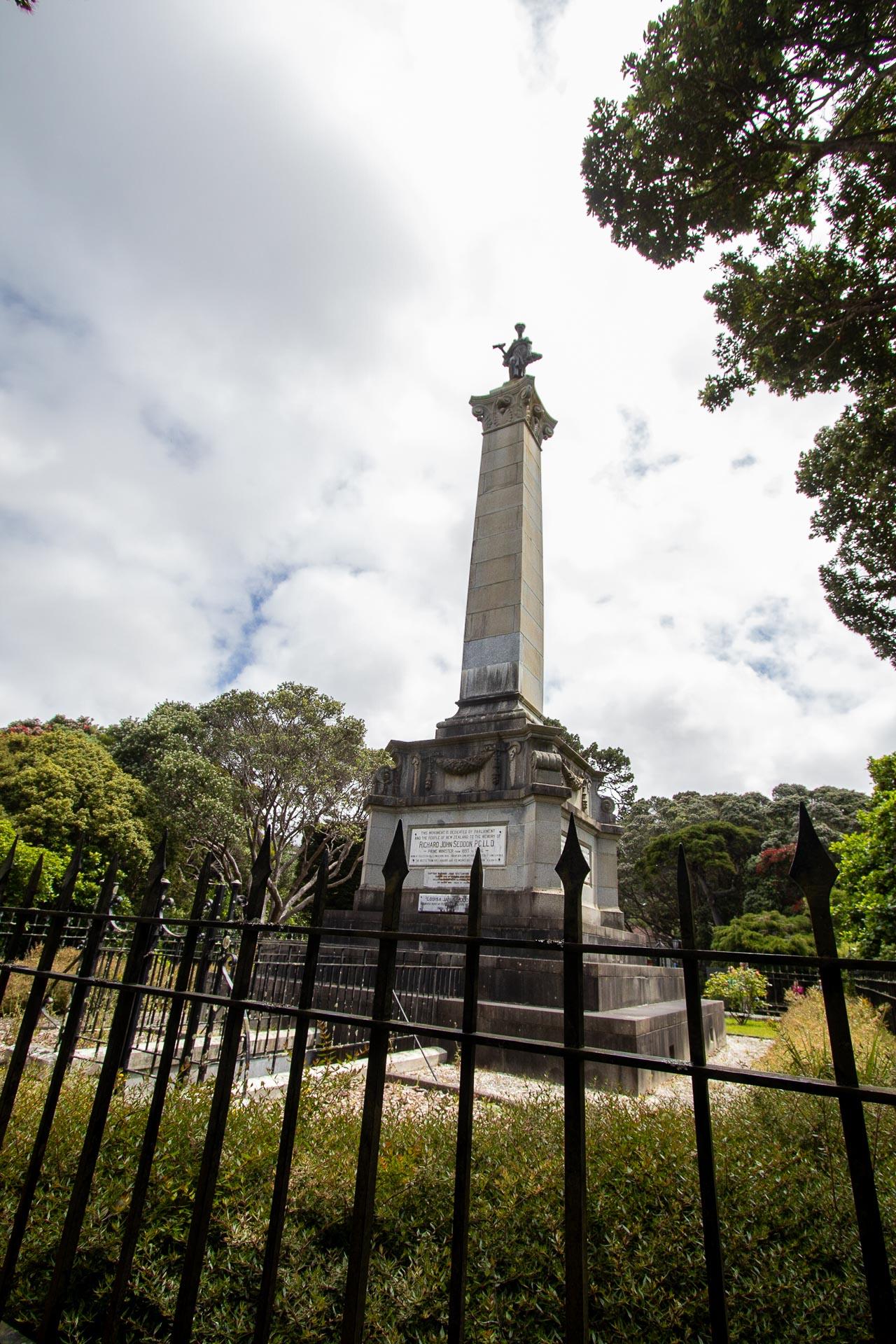 The Beehive and Parliament Buildings

There are four buildings in Wellington that house New Zealand's Parliament. They are Parliament House, the Parliamentary Library, the Beehive (also known as the Executive Wing), and Bowen House.  The main building of the complex is Parliament House built in 1922.  The ‘Beehive’ is the popular name for the Executive Wing of the parliamentary complex because of the building’s shape. It was designed by Sir Basil Spence, a British architect, during a visit to Wellington in 1964. In his concept, rooms and offices radiated from a central core. This concept was developed by the Government Architect of the Ministry of Works.  The Beehive was built in stages between 1969 and 1979, when the first parliamentary offices moved in.  The Beehive is 72 metres tall. It has 10 floors above ground and four floors below. It is connected to Bowen House, where many members of Parliament and Ministers have offices, by an underground walkway that runs underneath Bowen Street.  The Parliamentary Library is the oldest of the Parliament buildings  completed in 1899.  The library was designed in Gothic Revival style.  To this day, it is a working library that provides research services for members of Parliament and parliamentary staff. It is situated on top of a hill and is surrounded by lovely rose gardens. The last of the four parliamentary buildings, the Bowen House,  is a 22-story contemporary office building across the street from the Beehive. 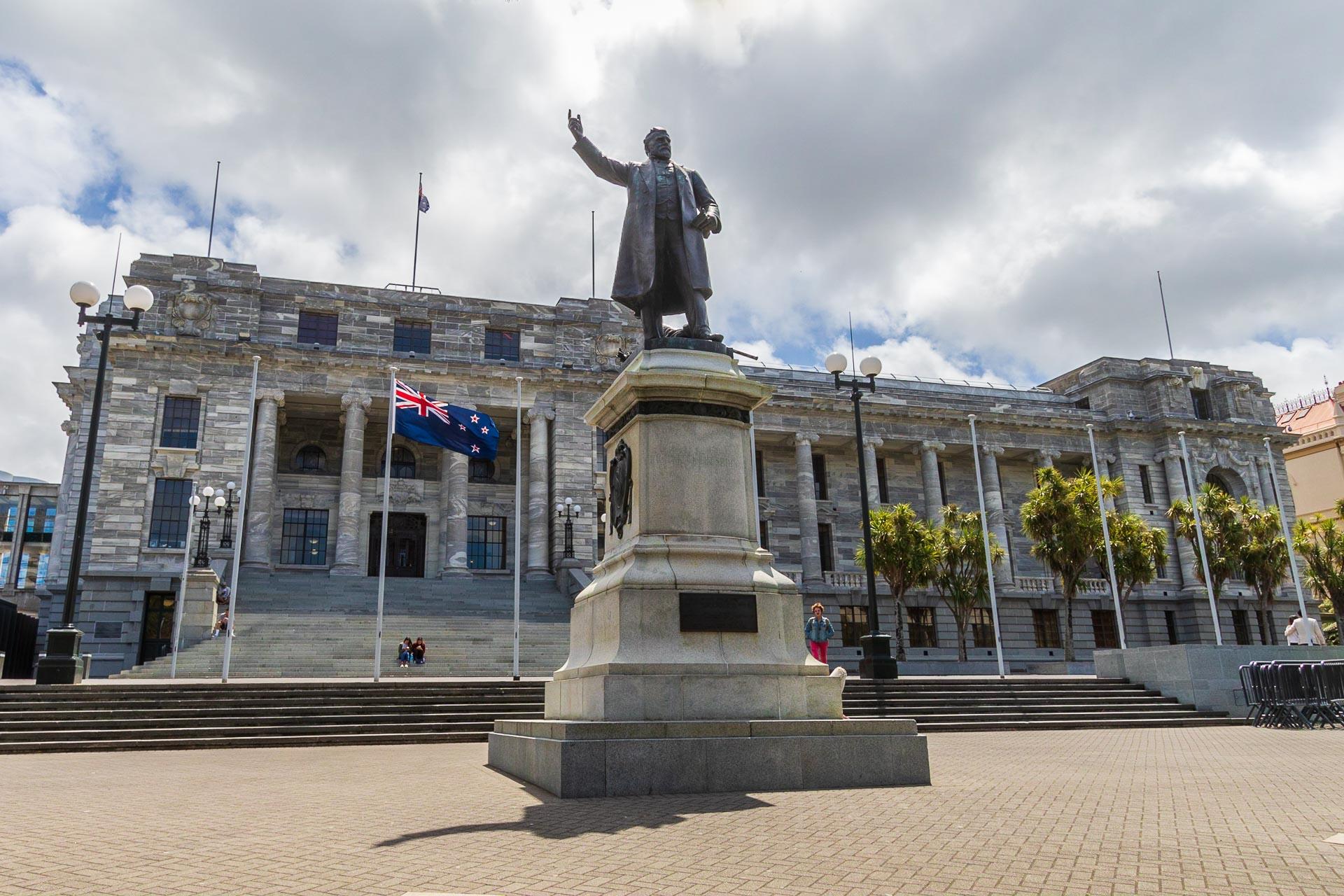 A Stroll Through Tsaritsyno Park and Reserve in Moscow